“I Was Only Doing My Job:” When Obedience Is Not A Virtue. 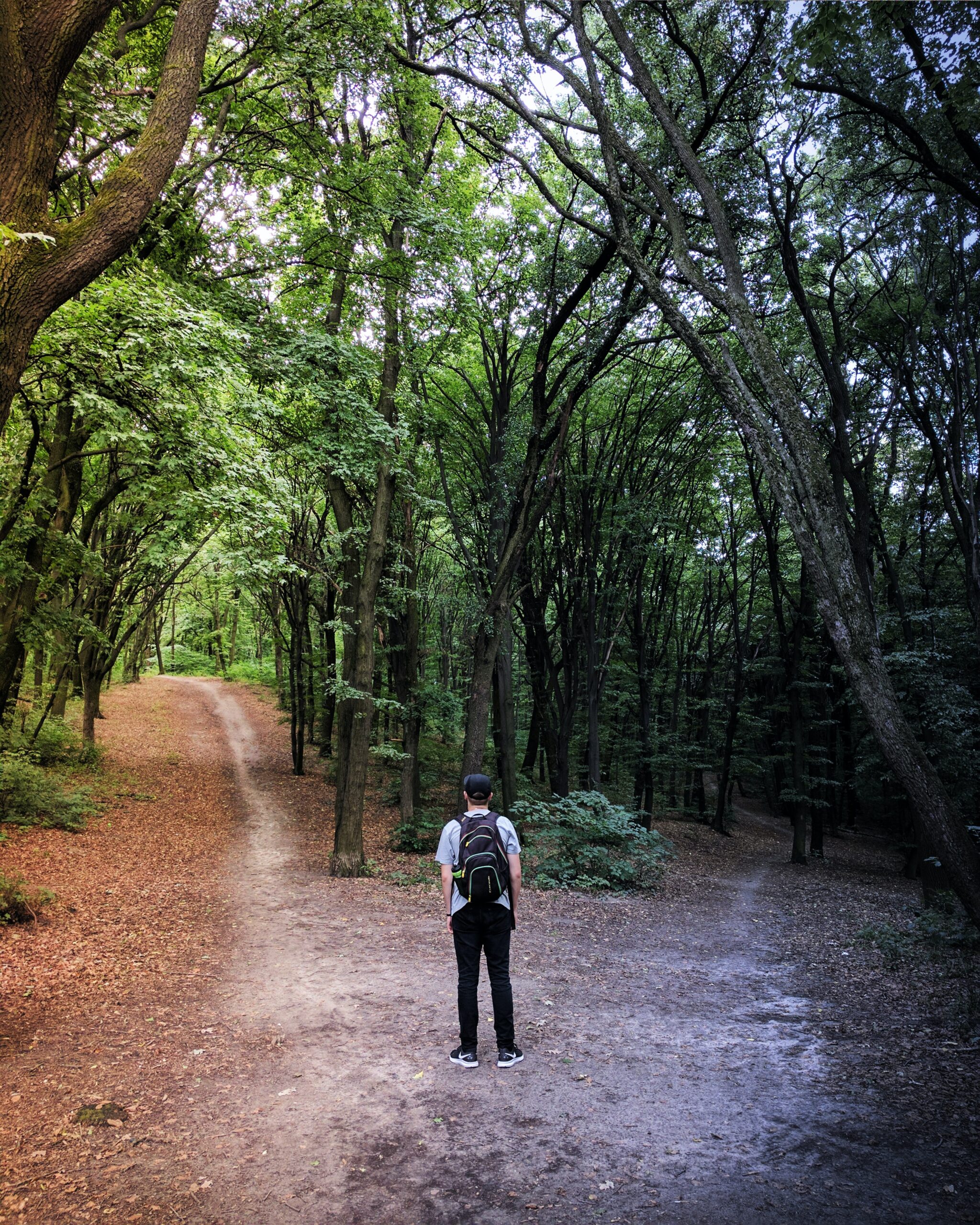 I have argued many times that as believers, we must be dutiful in our work.

Work is not merely something we do to earn some cash; it is a sphere where we obey the creation mandate (Genesis 1:28) and become instruments in God’s hand to preserve and sustain the created order.

However, we often take this dutifulness to an extreme when we obey immoral and ungodly orders because we are “only doing our jobs.” Police officers enforce unjust laws, journalists report lies, accountants cook the books, and lawyers pad the facts of the case, etc., all in the name of “order,” “superior,” and “authority.”

Some months ago, police officers in Moscow, Idaho (United States) arrested three members of a church who were having a psalm-sing service close to the City Council hall in protest of unjust and totalitarian COVID-19 regulations.

When questioned, one of the police officers said they were merely doing their job – following the Mayor’s orders.

That last paragraph is the object of my concern.

Do we have a choice?

The problem with such an idea is the denial of responsibility and accountability for the choices we make.

This common retort – “I was just following orders” – has the same problem: it seeks to remove responsibility and accountability by denying human choice and freedom.

As I said in that article, for every decision you have to make, as long as there is an alternative path, you are making a conscious choice, and you are responsible for that choice.

Whatever the factors that combine to make you choose A, they do not remove the fact that you chose A as a free and rational human being. Those factors might have narrowed your choices to A and B, instead of A-F, for example, but they never narrow down your choice to only A.

Consequently, when you choose A, you are responsible and accountable for that choice irrespective of the factors behind that choice.

Herod promised to give Herodias’s daughter anything she wanted after her incredible dance (Mathew 14:6). But to his surprise, she asked for the head of John the Baptist, the prophet of Israel.

Though Herod had wanted John dead, he was afraid of the people who considered him a prophet (14:5). And though he was greatly puzzled by John’s rebuke of his sin, he loved to listen to him (Mark 6:20). So he was conflicted in his heart when the request came.

The request distressed him, but “because of his oaths and his dinner guests,” he ordered that John be beheaded, and his head served on a platter (verses 9-11).

But despite his ‘distress,’ he gave the order. Yes, there was pressure from the dinner guests and the need to protect his reputation as a man who kept his word. But when he gave that order, he made a choice.

He could have decided to spare John, regardless of the pressures (and bear the consequence). Instead of beheading an innocent man, he could have borne the disdain and displeasure of the dinner guests. But his pride was important to him; he must keep up his “integrity” tag, at whatever cost.

So when he chose to behead John, he actually had a choice. He did the calculations and realized that his reputation was more important than his sense of justice.

He was not forced into that decision. He made a rational and moral decision to behead John and preserve his reputation.

In fact, when people were talking about Jesus and his miracles, he was afraid that Jesus could be the reincarnation of John.

The reason for his fear?

“John, whom I beheaded, has been raised from the dead!” (Mark 6:16). Herod knew that it was his choice to behead John, and the factors that led him to that choice did not remove his responsibility and accountability.

But he caved to the pressure of the crowd (Mark 15:15). The choice before him was clear: do the right thing and release Jesus or pander to the crowd and allow an innocent man to die. No one in that crowd could have forced Pilate to do anything.

Pilate chose self-preservation (John 19:12) ahead of justice. Therefore, when he washed his hands (Mathew 27:24) as if he bore no responsibility and accountability, he was kidding no one but himself.

When the believers prayed in Acts 4, they identified Pilate, Herod, the people of Israel, and gentiles as those who conspired to kill God’s anointed (Acts 4:27).

Pilate’s hands were not cleansed; he chose injustice for the sake of self-preservation and gave Jesus up to the bloodthirsty crowd.

The point of these two examples is that the difficulties involved in making a choice do not make it less than a choice. Pilate and Herod could have made a different choice. They were, therefore, responsible for the choices they made.

God did not take the excuses of Adam or Eve (Genesis 3). Neither did he take that of the Israelites (1 Corinthians 10:1-10). They were indeed thirsty and hungry, but the choice to react to the thirst and hunger with murmuring was theirs (they could have trusted God instead). And he held them responsible for those choices.

Samuel’s delay and the soldiers’ fear were not good excuses for Saul (1 Samuel 13). Neither was the stumbling of the oxen a good one for Uzzah (2 Samuel 6).

The case for disobedience

Therefore, the factors that make our choices difficult will not take away our responsibility and accountability for those choices.

What then about those who claim they were only obeying orders?

The choice to obey orders

When someone gives you an order, you can choose to obey or disobey the order. That’s a clear rational and moral choice. If you decide to obey the order, you made a choice. And because it is a conscious choice, you are responsible for that choice.

You could have chosen to reject that order.

Whatever the rationalization, the point here is you did some calculations, compared your options, and made a choice. You can’t, therefore, give the retort – “I was just obeying orders” – when confronted with your choice. Your choice, your responsibility.

Doeg the Edomite is an example. After Saul’s officials have refused to slay the priests of the LORD (see below), Saul ordered him to do it. And he obliged, killing the priests, their family members, and animals (1 Samuel 22:18-19). Such a man could not turn back and say he was only following orders.

In fact, David in Psalms 52 said he was “a disgrace in the eyes of God,” a boastful, deceitful man who loves evil and falsehood (verses 1-4). And David was confident that God would bring him down to everlasting ruin and uproot him from the land of the living (verses 5-7).

To show that those who choose to obey the orders of their superiors have a choice, let’s consider those who didn’t obey such orders.

Pharaoh once ordered the Hebrew midwives of Egypt to kill the male children of the Hebrews.

It was a clear order from a superior. What did the midwives do? They chose to disobey that order. “The midwives, however, feared God and did not do what the king of Egypt had told them to do; they let the boys live” (Exodus 1:17).

They had a choice: obey or disobey the sovereign, and they chose to disobey.

Their disobedience shows that no one can claim he has no choice in light of an order from a superior. You can do what the superior says or not. The midwives knew they might get into trouble, but they preferred getting into trouble to killing off innocent children because one king says so.

(For an explanation of why they were right to lie to Pharaoh in verse 19, see Section 2 of Rules for Reformers, by Douglas Wilson).

When David went into hiding in Nob, Doeg, one of Saul’s officials, saw him and reported to Saul (1 Samuel 22:6-10). The king took this as a conspiracy among the priests at Nob to protect David, his enemy. Saul ordered the guards that followed him to kill the priests of the LORD. What did the soldiers do?

“But the king’s officials were unwilling to raise a hand to strike the priests of the LORD” (1 Samuel 22:17).

We can also look at Saul’s armor-bearer, who refused to kill his master when he insisted (1 Samuel 31:4), or Saul’s soldiers who stood against him when he was determined to kill his son – Jonathan (1 Samuel 14:40-45). We also have Daniel and the three Hebrew boys (Daniel 7 and 3). But the point should be clear by now.

In the NT, we find the apostles refusing to obey the Jewish authorities’ command to stop preaching in Jesus’ name (Acts 5:29, 4:19-20). They could have shut their mouths, turned their faith into a privatized faith, and then claimed they were only obeying authorities. Instead, they chose to disobey the authorities, with a readiness to bear responsibility for their choice.

The Magi from the East refused Herod’s order to come back and tell him where Jesus was (Mathew 2:1-12).

The only supreme authority

Because God is the supreme authority, he is the only one we must obey in every situation and circumstance.

Parents derive their authority over their children from God (Hebrews 12:5-6, Ephesians 6:1). Since that authority is derivative, it can never be absolute. Therefore, children can disobey their parents to obey God (Ephesians 6:1).

God gives husbands authority over their wives (Ephesians 5:22). It is not absolute, and wives can disobey their husbands to obey God (Colossians 3:18).

Since all authority is thus derivative, no human authority is absolute. As Peter and the other apostles said, “We must obey God rather than human beings” (Acts 5:29).

Christ has been far exalted above every throne, power, ruler, or authority (Colossians 1:16). Since all authority in heaven and on earth are his, only he has the right to our absolute obedience (Mathew 28:19-20). If obedience to him requires disobedience of all other authorities, that’s the right choice.

A choice to make

Let’s bury all that “I didn’t have a choice” talk once and for all. We always have a choice. It may be a difficult choice, but a choice nonetheless.

We can always choose to obey God or man.

We can choose to obey tyrannical rulers and rules that distort God’s purposes for civil government or not.

We can choose to obey commands from husbands, parents, employees, and Pastors that contradict God’s words or not.

So instead of pampering yourself with the “I was doing my job” platitude, pray for the grace to obey God and do the right thing irrespective of the circumstances and consequences.

Courage is not cheap, but courage is always an option. And if we choose cowardice or rashness, we will be responsible and accountable for that choice.

The police officers in the introductory case had a choice. They could have chosen to stand against government overreach and defend the rights of the citizens. It could have been a costly choice but a choice nonetheless.

What they cannot do is act like helpless victims and claim they were merely following orders. They should be responsible and accountable for their choices. It’s part of the process of growing up. 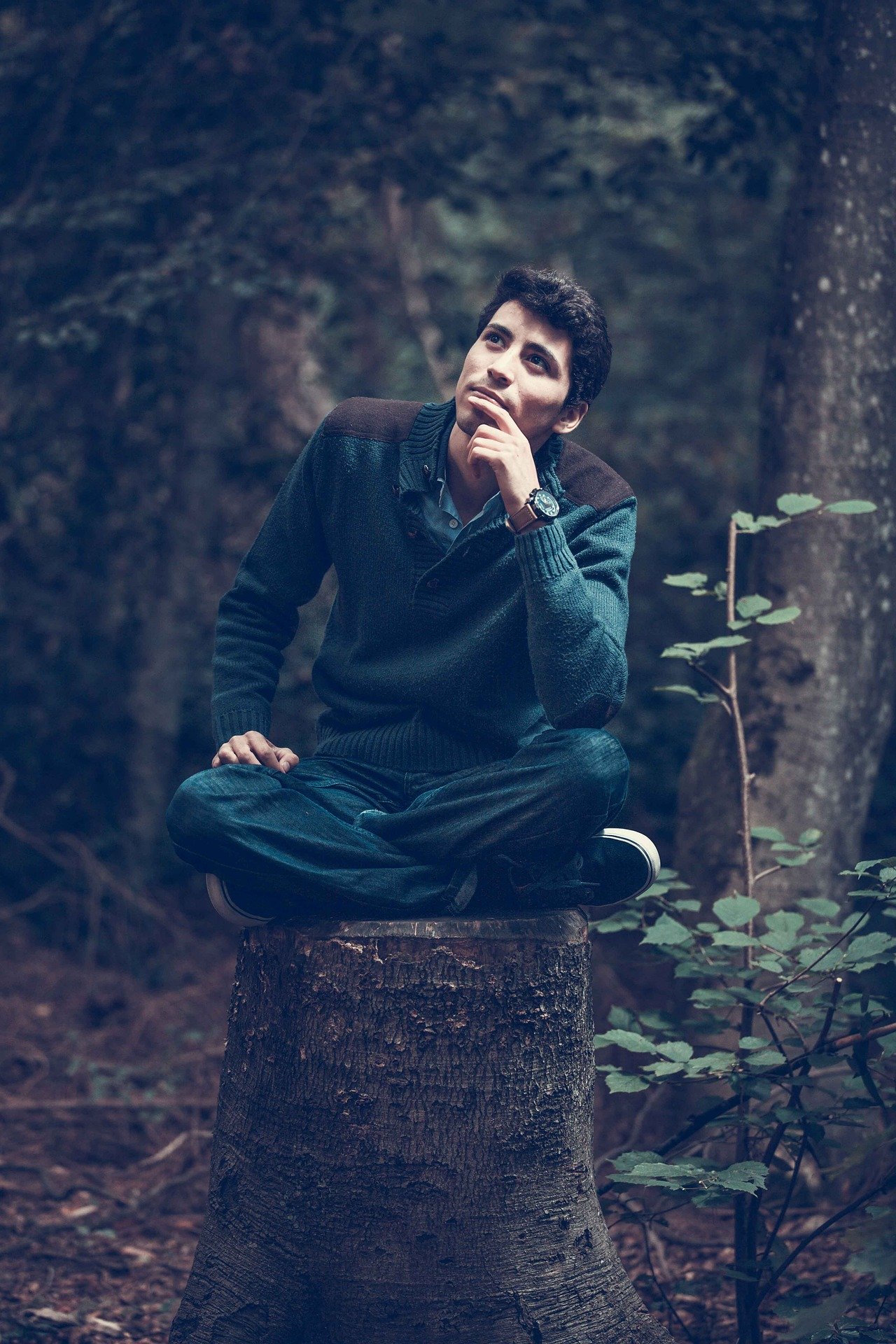 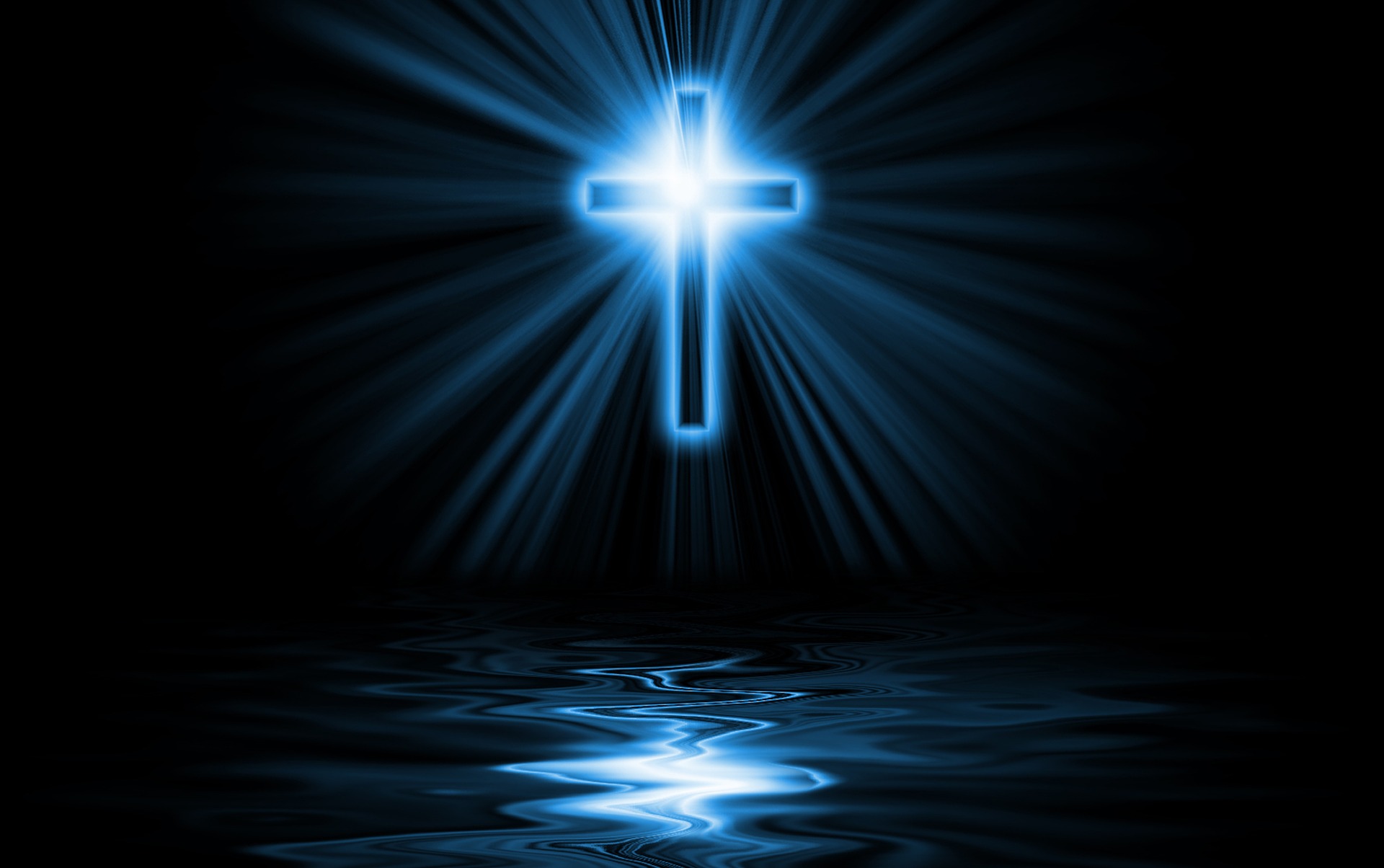 The Gospel-Shaped Life 6: Summary and Conclusions 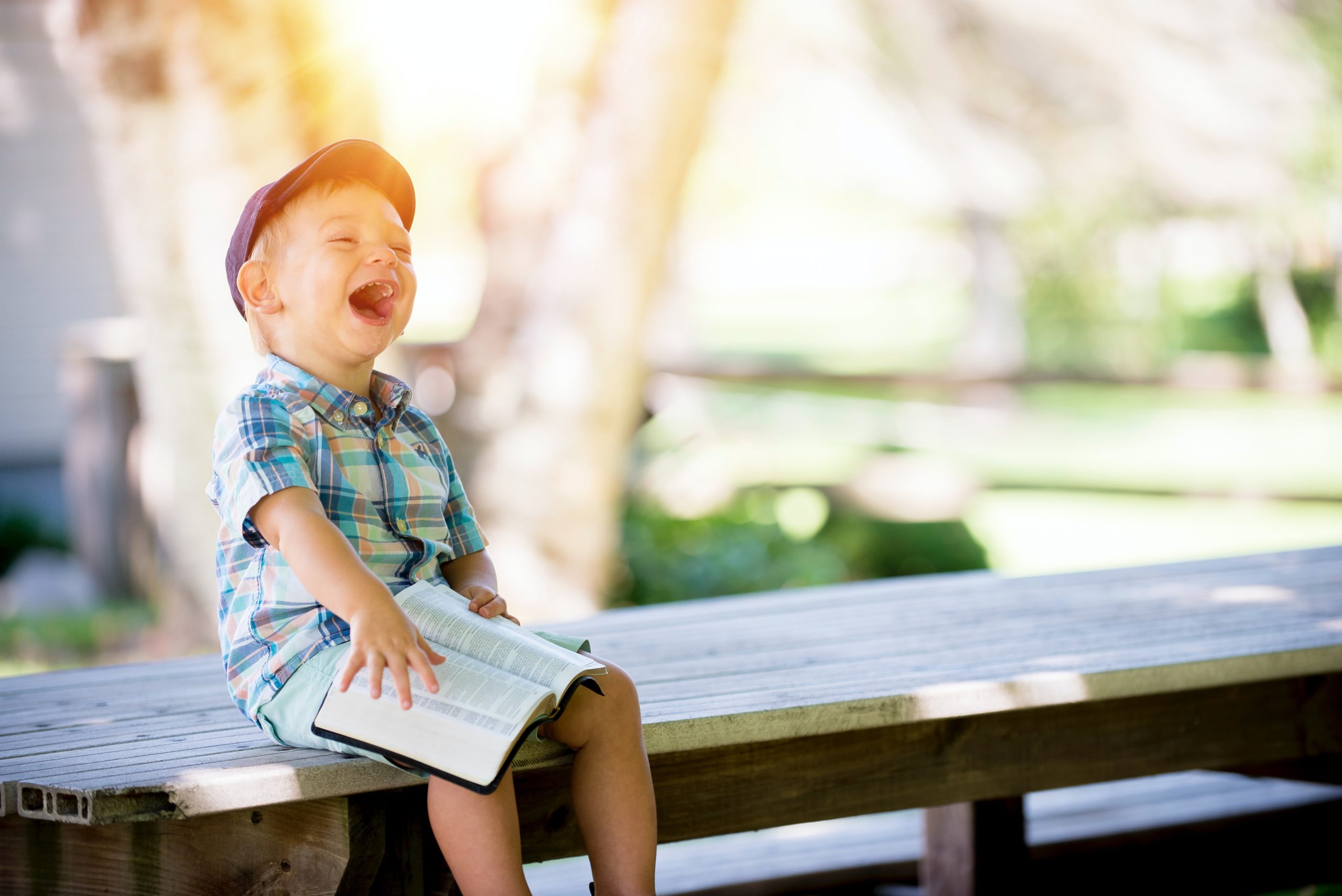 Finding Joy amidst the Vanity: The Message of Ecclesiastes