Let Every Man Carry His Cross: Lessons In Faith and Providence 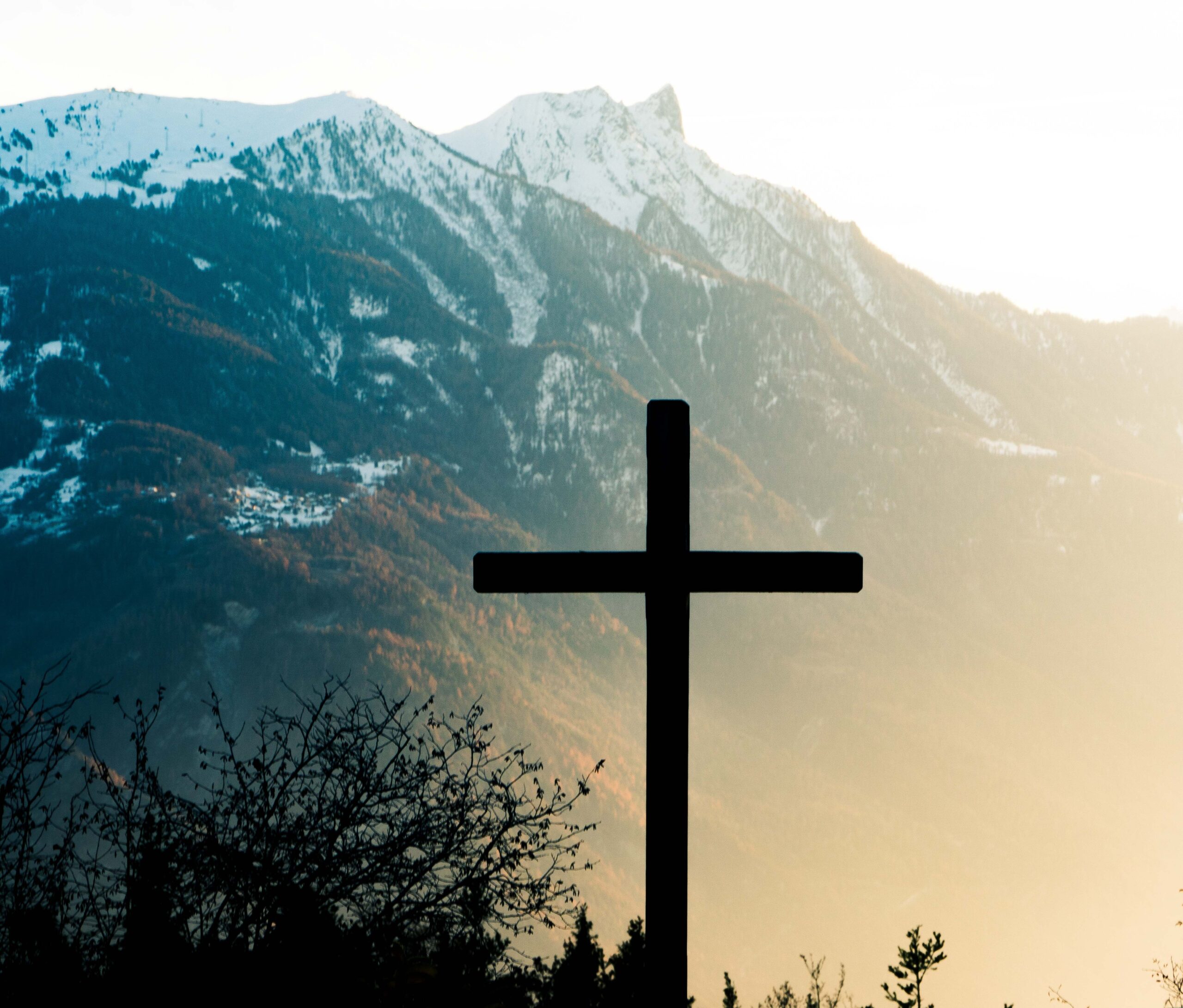 Notitia is the object of faith. For faith to be valid, it must rest on an object.

When a man hears the gospel, faithfully proclaimed, he assents to it – affirms their truthfulness. There cannot be true faith except the gospel is affirmed as truth.

The pinnacle of saving faith is fiducia. Here, more than believing that the gospel is true, we cast our hopes on that true gospel.

Fiducia is trust – the yielding of one’s life to Christ and the willingness to anchor one’s life on the truth of his gospel.

Every genuine Christian has notitia, assensus, and fiducia.

However, despite the commonality of our faith, God often calls us into different life situations where that common faith manifests itself in different ways.

In his providence, God works out the life situations of every believer differently, calling for different manifestations of the same intrinsic faith. And God does this for his glory.

What do I mean?

In Acts 12, King Herod arrested some members of the fledgling church with the purpose of persecuting them.

Among those he arrested was John, the brother of James, the sons of Zebedee. Herod killed John with the sword, an act that met with the approval of the Jews (verses. 2-3).

Like every populist leader, the approval of the Jews that met the killing of John encouraged him to attempt the murder of another popular figure – Peter.

But the arrest of Peter coincided with the Feast of Unleavened Bread. Herod therefore decided to hold him in prison and bring him to trial after the feast (vss. 3, 4). “If the unpublicised murder of John could get such praise and approval, what would the publicised trial and death of Peter do,” thought Herod, like every crowd pleasing leader.

However, unlike John, God intervened and sent an angel to release Peter from prison.

Many people have attempted to link God’s intervention in Peter’s case to the prayer of the church in 12:5.

But this is reading too much into the text. To assume that the church didn’t pray for John is an argument from silence – since Luke didn’t mention it, it must have not happened. Many things happened in the history of the early church that Luke did not record.

Moreso, this view assumes that God wanted to save John but couldn’t because no one prayed.

But this is contrary to the biblical teaching about God’s sovereignty. God “works out everything in conformity with the purpose of his will” (Ephesians 1:11). God is the one who said “my purpose will stand and I will do all that I please” (Isaiah 46:10).

If God wills it, he does it. If the deliverance of John was dependent on the church praying for him, and God willed his deliverance, God would have raised the spirit of intercession in his people. “Your people will offer themselves freely on the day of your power” (Psalms 110:3, ESV).

The experience of John in Acts 12 follows from Jesus’ statement that he and his brother would “drink the cup I drink and be baptised with the baptism I am baptised with” (Mark 10:39).

The diversity of faith’s hall of fame

Hebrews 11 has been referred to as faith’s hall of fame – a list of people who had genuine faith in God.

But as many people have noted, there is a diversity in the experience of the inductees even though they had a common faith in the God who is faithful to his word.

Abel had faith and he became the first martyr in the bible (Hebrews 11:4). Enoch had faith and went to heaven without tasting death (verse 5).

Gideon, Barak, Samson, Jephthah, David, Samuel, and the prophets had faith and “conquered kingdoms, administered justice, and gained what was promised; who shut the mouths of lions, quenched the fury of flames, and escaped the edge of the sword; whose weakness was turned to strength; and who became powerful in battle and routed foreign armies” (verses 32-34). Some women even received back their dead, raised to life again (verse 35).

Same God, same faith, but different providential ordering of their lives. Faith led some to acquire lands and it led some to the slaughter house. Faith brought resurrection from the dead for some, but it led to an expectation of future resurrection for some. Faith became a sword in the hands of some to rout foreign armies but it was an instrument of death on the necks of others.

The same hall of fame but a diversity of experience.

If Hebrews 11 teaches us anything, it is that faith is not an expectation that my life will go in a certain direction; rather, it is a firm trust that whatever direction God takes it, it is for his glory and my ultimate good (ultimate good as defined by Romans 8:28-30).

After Jesus reinstated Peter (“feed my lambs,” “take care of my sheep,” “feed my sheep”), he told him, in a rather cryptic statement, that when he’s old, he will stretch his hands and someone else will dress him and lead him where he didn’t want to go (John 21:17-19).

John, the author of this gospel, commented that Jesus was telling Peter how he would die.

But as Peter saw John approaching, he asked Jesus to say something about John: “Lord, what about him?”

Jesus saw the question as unnecessary. It’s not Peter’s business to know the providential ordering of John’s life. If he willed, Jesus could have made him live until the second coming. As Jesus put it, “What is that to you?” Peter’s business was to follow Jesus in the path he had designed for him.

Peter would end up dying by crucifixion during Nero’s persecution of the church; on the other hand, John would live to see six other emperors in Rome and deliver the last book of the bible.

Two prominent apostles, bound by one common faith, but with two diverse experiences.

The important point here is that Jesus told Peter to focus on following him instead of wondering about what will happen to John.

We all need that admonition.

To every man his cross

The idea that those living amidst persecuted are the faithful ones is unbiblical. God calls some to conquer kingdoms for himself (Samson, Gideon, David, Jephthah) rather than suffer persecution in a pagan kingdom, as he does others. So a faithful Christian can be building a Christian culture in a peaceful land while another suffers in another.

Some faithful Christians will have wealth and political influence like Nicodemus, Joseph of Arimathea, Mathew the tax collector, Abraham, Isaac, Job, David, Solomon. Some faithful Christians, on the other hand, will be in the lower or middle class of society like much of the members of the Jerusalem church, the widow who gave her mite, Jesus and many of his disciples, etc.

Different people, same faith, different circumstances of life, under the providence of the same God.

Jesus invites everyone of us to carry his cross and follow him (Luke 14:25-27). Whatever situation he calls us to, we all have a cross to bear on the road of sanctification.

The rich and affluent Christian must fight the idolatry of money-worship (1 Timothy 6:17) and take pride in their humiliation – since they will pass away like a wildflower (James 1:9-11). They must fight against the self-made delusion (1 Corinthians 4:7, 1 Chronichles 29:14, Deuteronomy 8) and be rich in good works (1 Timothy 6:18).

The poor and middle class Christian must fight against the idolatry of self-pity and take pride in his high position as a child of the heavenly king (James 1:9). He must also fight against envy and hatred of his masters and rather do his work diligently as unto the Lord (Colossians 3:22-25).

The Christian who lives in peaceful times must fight against the idolatry of indolence and conceit so that the vibrant faith of our fathers will not turn to a mere superficial add-on to a secularised life or a mere political affair.

The Christian who lives amid persecution must fight against cowardice, fear, and despondency, remembering that the servant cannot be better treated than his master (Mathew 10:24-25).

Whatever cross God calls us to bear, we must trust him that it is for his glory and our sanctification.

We must avoid the temptation to compare ourselves with others – why is brother A’s life better than mine – or expect that God will act for us in the exact same way as another – “what he has done for others, he will do for you.”

God has different purposes for every believer and he places us in different situations to achieve those purposes. But whatever might be the situation – death or life, poverty or riches, peace or turbulence – God is working for his glory and for our good.

Faith, again, is not trusting that God will do so and so in my life. Instead, it is trusting that whatever God chooses to do in and with my life, it is for his glory and for my good.

So while all believers are united by their common notitia, assensus, and fiducia, our life situations and circumstances can vary significantly. We can be united by faith while our life conditions are diverse.

Instead of comparing ourselves with one another, we should each bear our cross, trusting God’s purposes for our lives and embracing those purposes as he unveils them one after the other, knowing that however diverse those purposes may be, they are united by a common thread – God is glorifying himself and sanctifying us through them.

“Bane and blessing, pain and pleasure,

By the cross are sanctified;

Peace is there that knows no measure,

Joys that through all time abide.” 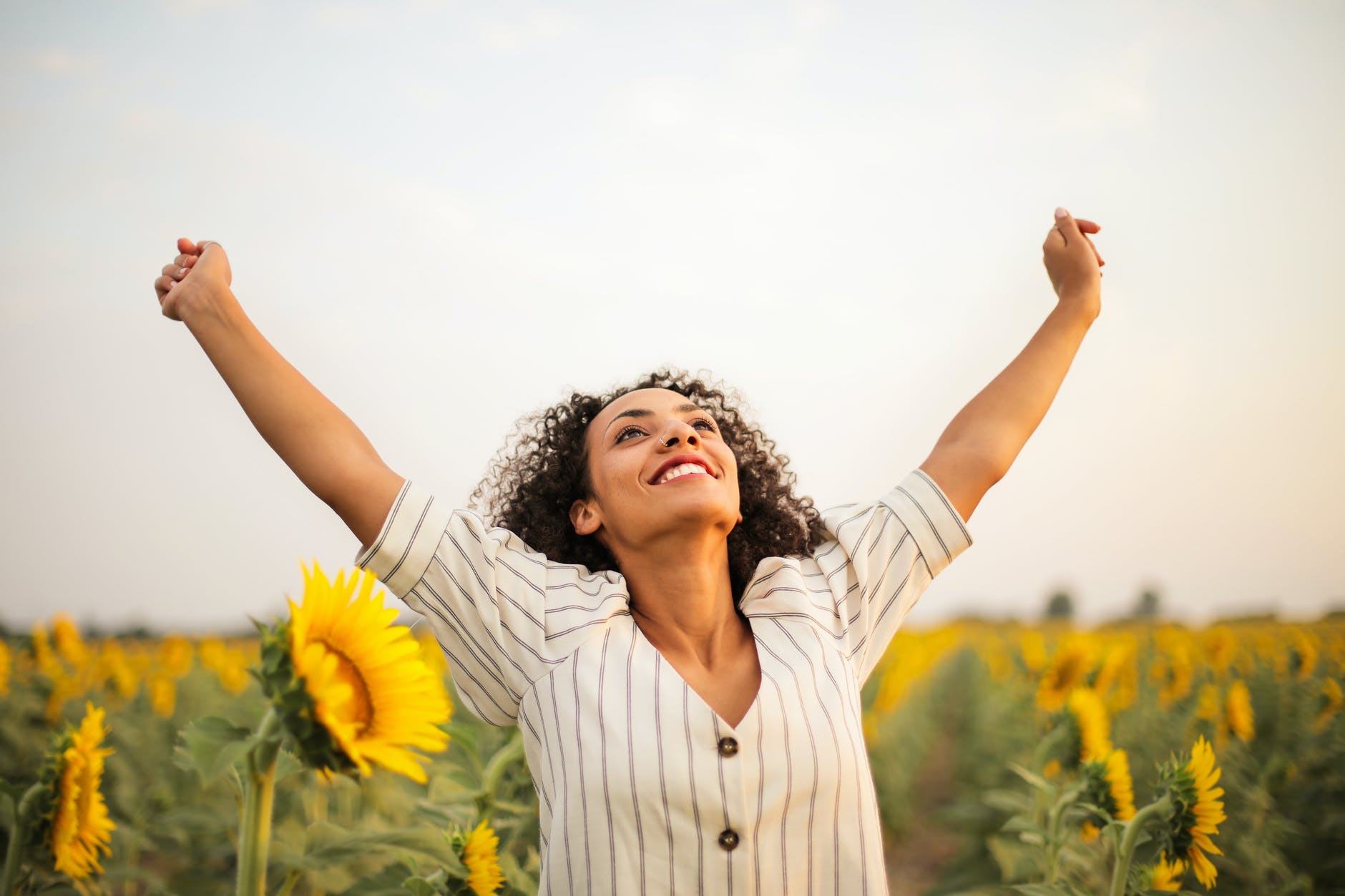 How God’s Judgements Manifest His Goodness 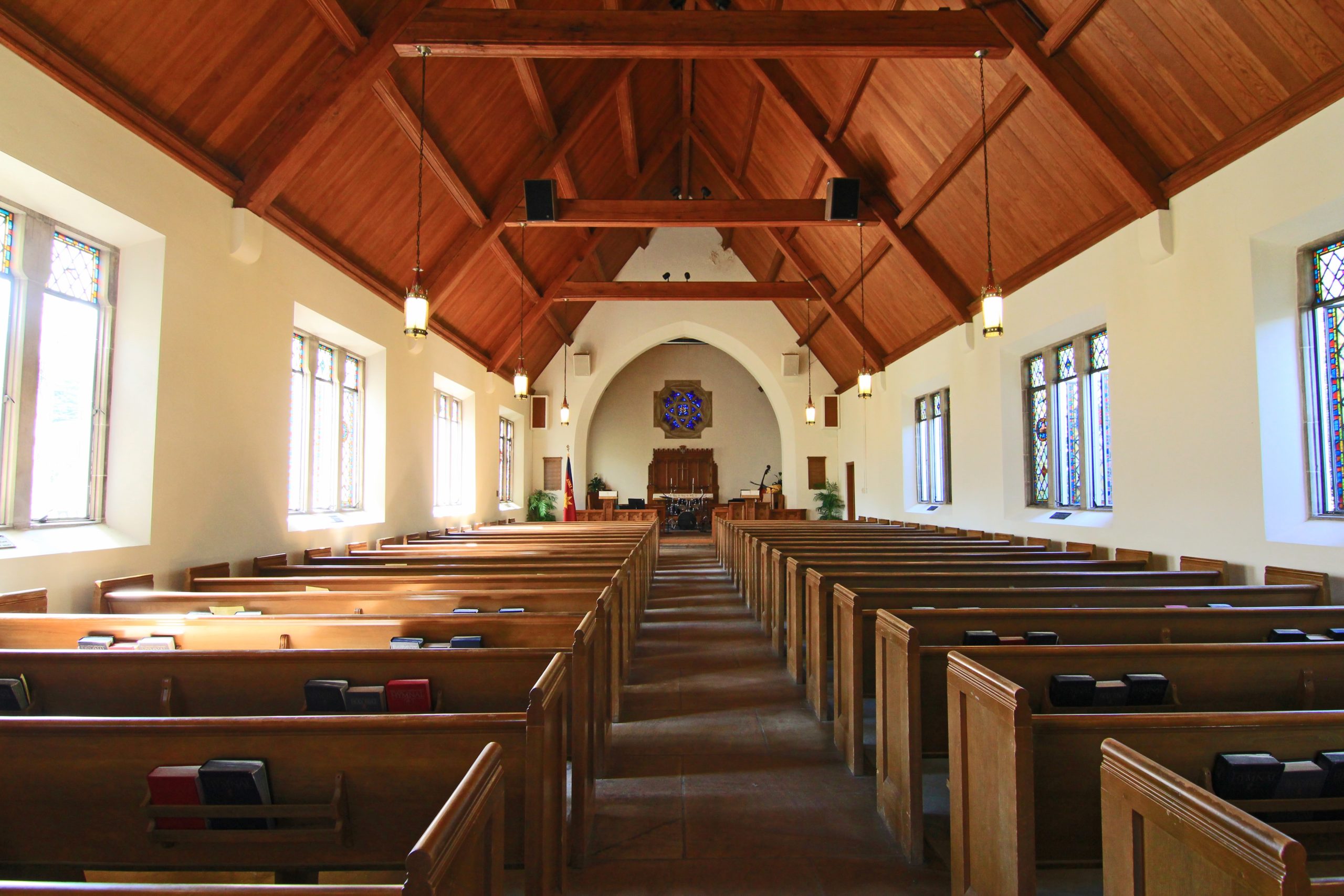 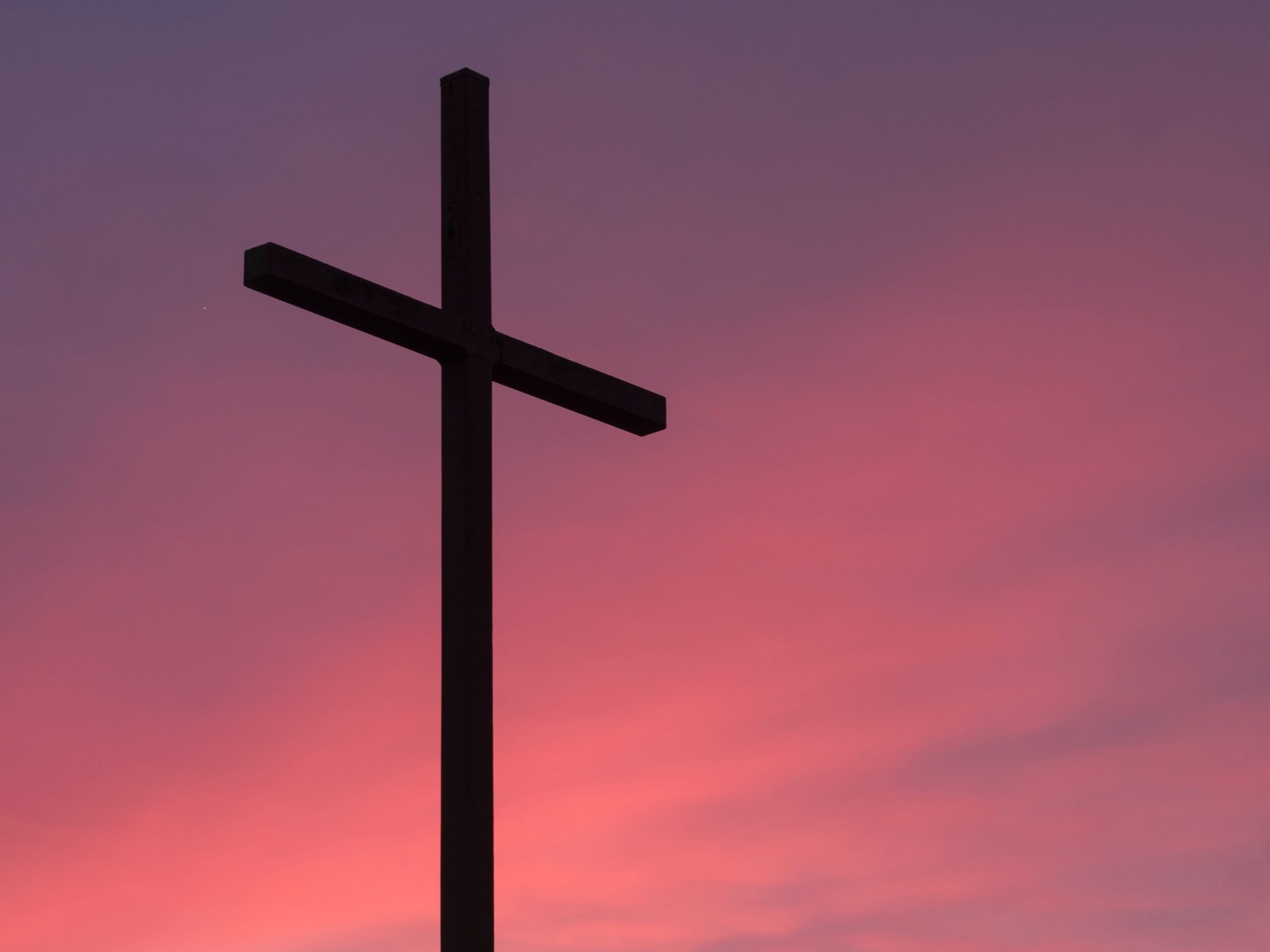 God Has A True Church … And It’s Not Your Denomination