Euphemism, Shame, and the Loss of our Moral Compass 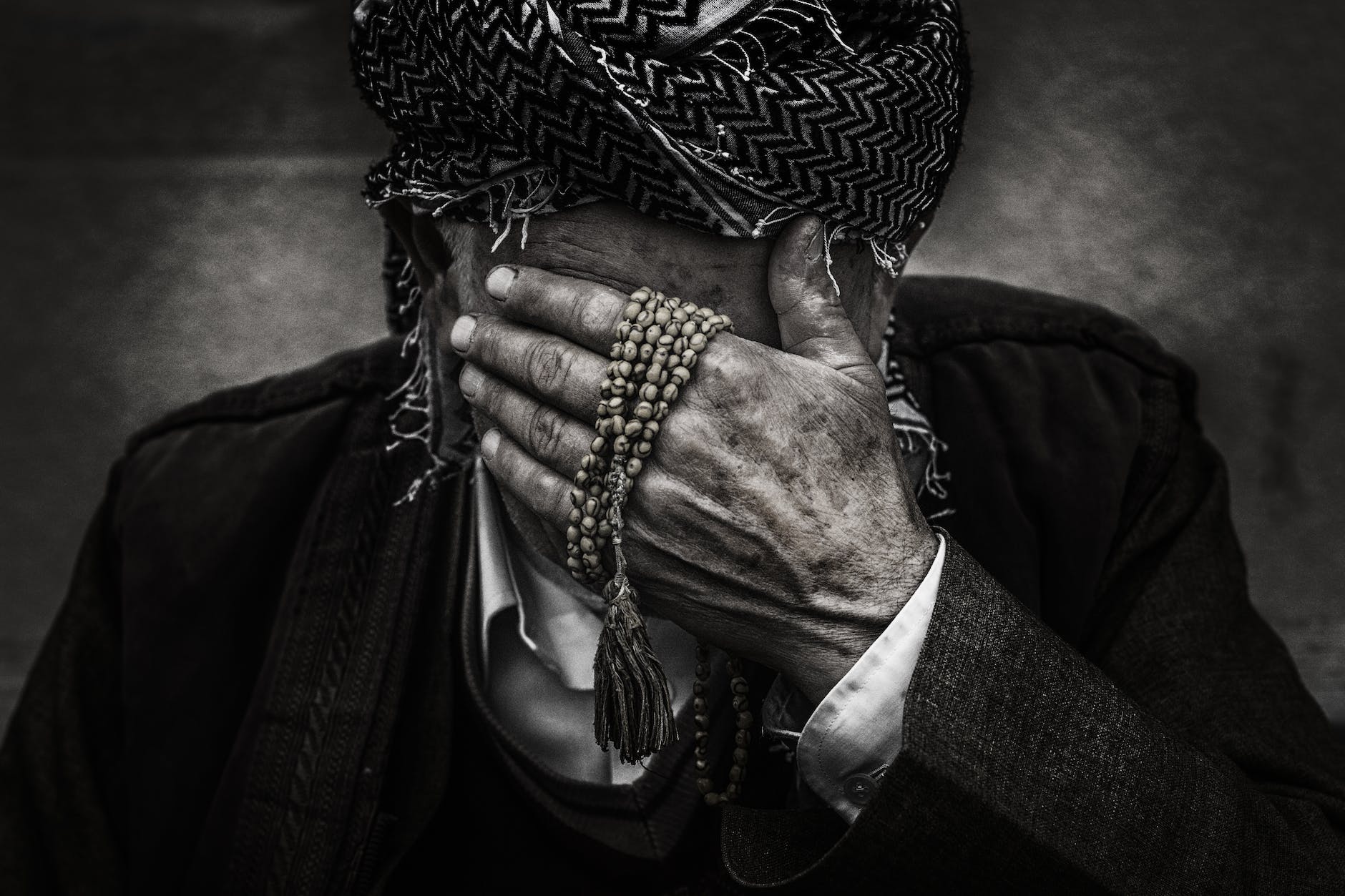 Euphemism, Shame, and the Loss of our Moral Compass

From time immemorial, shame has been a source of moral discipline and training at the personal and societal levels. When people act in ways that deviate from societal norms, they are meant to be ashamed. And that shame was meant to lead to a sense of sorrow, which should be a prelude to repentance.

Shame can be the result of our own moral conscience accusing us of the immoral things we have done. But it can also be the result of social opprobrium. Since we are social beings, we recoil from being an outcast of society. Therefore, when society sees us as immoral and casts us out (literally or metaphorically), we tend to feel ashamed.

In Genesis 3:7-13, shame was the first recorded feeling of Adam and Eve when they sinned against God. In fact, when we contemplate the immoral life we lived before coming to Christ, we should feel ashamed (Romans 6:21). Similarly, when the church seperates itself from a member who is disobedient to apostolic teaching, that should be a cause of shame. And going against the natural order should be a source of shame (1 Corinthians 11:6,14).

Sexual impropriety and nudity were once a thing of shame in many cultures but today those have been de-shamed while sexual propriety and chastity have been shamed as “sex negativity.”

And immediately an act becomes “de-shamed,” the perpetrators become emboldened, and even those who once abhorred it start embracing it. In a sense, we get more of what we “de-shame”.

Euphemism and the road to de-shaming

The journey towards de-shaming often begins with a renaming. Shameful things often carry a name that reflects society’s stance towards them. Therefore, the process of de-shaming must begin with replacing the old name (and its negative connotations) with a new name that is either morally ambivalent or praiseworthy.

So, it’s no longer prostitution, it is sex work. The former still carries the old baggage of moral impropriety while the latter can even arouse the sentiments of those who preach “dignity of labour.” Or we can opt for a morally ambivalent term like “hook up.”

Consider abortion. That word carries with it a certain negativity. For example, Merriam-Webster Dictionary defines it as “the termination of a pregnancy after, accompanied by, resulting in, or closely followed by the death of the embryo or fetus.”

So, what did we do about it? We started calling it “reproductive health;” the focus was no longer on the human that we are killing but on the “health” of the woman that is now doing something beneficial for herself.

We also exchanged fornication and adultery for “sex before marriage” and “sex outside marriage” (or “having multiple partners”).

“Sodomy” is not as common as it was and what was considered gender dysphoria is now transgenderism. LGBTQ is now the favoured term, a term that is morally neutral and has been used successfully in rights advocacy. Even words as basic and intuitive as “man” and “woman” are being redefined.

While euphemism does have its place in literature and in culture ( Michael Knowles, quoted below, gave the example of saying someone passed away rather than died or using “restroom” instead of “toilet”), we have often used it as a first step towards full-scale de-shaming (making morally reprehensible things permissible or virtuous or subverting reality). And this is evident in the moral acceptability of (or indifference towards) sex work, reproductive health, sex before marriage, sex outside marriage, multiple partners, and LGBTQ.

Calling it by its name

What should we do when confronted with the social engineering that seeks to de-shame what should be shamed?

First, as believers, we have to take God’s moral revelation in nature (natural law) and the Scriptures as our moral compass.

Without these objective foundations, culture becomes sovereign. And if culture is sovereign, then it can change its moral stances as it wishes; it can shame and de-shame according to the dictates of the majority or the culture shapers. Consequently, following the spirit of the age becomes “being on the right side of history” and defending morals becomes mere traditionalism, rooted in nostalgia and/or doctrinaire conservatism.

It is the objective standards of natural law and Scriptures that inform our moral critique of the spirit of the age. We define progress or retrogress not by cultural direction or personal feelings but by how close or far we are from God’s moral standards.

Second, we must call things by their right names, based on God’s moral standards refusing to allow the culture to control our words and minds as part of its social engineering.

It was Jordan Peterson, who isn’t a professing Christian, who modelled such refusal when he didn’t oblige the request to call men “women” or women “men” or use people’s preferred pronouns when it contradicts their actual gender.

Such bold stances might seem like picking unnecessary fights but if Knowles is right that political correctness is a tool in the armory of social engineers, then we must not allow the renaming to go on unfettered.

Third, calling things by their names must begin with us. Courtney Reissig, a Christian writer and speaker, gave an example of this when she said, “perhaps the greatest source of victory for those stuck in a world of pornography is to call it what the Bible calls it – lust … when we call pornography addiction lust, when we respond to a pro-porn culture with the Bible’s language, we have a better hope for recovery, because we know the antidote to sin. It’s Jesus.”[3]

Put simply, as believers, we must be willing to call our sins by their names and confront them head-on with the moral language that the Scriptures use. Doing that will lead to shame but “our shame serves a good and hopeful purpose – to lead us to Christ” (more on this later).[4]

Only when we are confronting ourselves with God’s law in this way can we have the boldness to confront the world without becoming hypocrites (Matthew 7:1-5).

But confront we must. What is shameful (by God’s standards) should remain shameful and we must resist the social engineering that wants to make it respectable or virtuous. Prostitution is not work, sex outside of marriage is fornication, and a man is not a woman (and vice versa).

Unashamed of the gospel

The corollary of the de-shaming process is that some things that were once morally praiseworthy become a source of shame.

As we saw above, sexual chastity is now sex negativity and those who seek to maintain even the minutest purity standards are now termed “puritans,” “moralists,” or “prudish.” This is why people can laughingly talk about their “body count” on one hand while virgins can only sheepishly talk about their virginity.

One way we have made strides in shaming what shouldn’t be shamed is to add the word “phobia” to any attitude that is contrary to the zeitgeist. “Transphobia” and “homophobia,” among others, have been so generalised in usage that anyone who thinks men can’t be women (and women can’t be men) and that men shouldn’t sleep with men (or women with women) is a culprit even when they have not done anything that objectively threatens the life of homosexuals and those with gender dysphoria.

Thankfully, the Scriptures have prepared us for this inversion of God’s moral order.

In essence, we must never detach ourselves from God’s gospel, law, word, and standards because the world will laugh at us. Yes, as we have seen, social opprobrium is a powerful deterrent that society uses. But when society has been disordered, we should be willing to suffer its ignominy, knowing that we are in the right. Shame should only deter us from what is evil not from what is good.

Finally, how should we respond to the right type of shame? The gospel. Shame can take us “either to despair or transformation”[5] and the difference between those two paths is the gospel.

Gospel-less shame that leads to despair is what the devil wants for us. As Andrew Walker puts it, “The Devil wants each of us to believe that we can rid ourselves of guilt and shame apart from Jesus. That’s what the Devil is always up to – offering both the sin that rejects Christ, but also rescue that bypass Christ.” However, “as Christians, we have to reject both of these patterns. We have to focus on Jesus, who can rewire darkened hearts”[6]

According to Russell Moore, the devil works first through a kind of shamelessness – the idea that there is no God who sees or knows.” After we have sinned and are now embroiled in shame, “the Devil works by applying shame ruthlessly.” This is the time when we must allow the gospel to shut the devil up.[7]

The shame that comes from defiling God’s moral order should lead us to Christ in godly sorrow and repentance (2 Corinthians 7:10, 1 Corinthians 5:2). We should claim his promise of forgiveness (1 John 1:9) and rely on him for overcoming grace (Titus 3).

Irrespective of the depth of our sin and the extent of our shame, God is always willing to receive us back. Like the prodigal son, we must arise and go back to our Father, confessing our sins, and delighting in his forgiveness and transforming grace.

The truth still matters because the universe is the product of an intelligent and personal being. We didn’t make the universe and we can’t, therefore, define reality. Rather, we must submit to how God has defined reality.

We live in a world where “nature has been displaced in favor of an outlook that regards everything as a form of instrumental making.”[8] Our technological culture seeks to make and unmake everything without regard to any fixity.

As believers, we must reject this infinite and absolute malleability in defense of objective truth, objective reality, and objective morality as defined by God. This means we will always subject our cultural zeitgeist to God’s revelation of reality, allowing the latter not the former to define proper objects of shame and honour.

God of love and truth and beauty

You made and rule over all

Founder of order and duty

Sustainer of great and small

All in heaven and earth adore you

And here now, Lord, we implore you

Shower on us, your divine grace

You have built the household of faith

Lord for your glory alone

Let your Spirit flood all the earth

Give strength to every dry bone

Put an end to all confusion

And all strife within the fold

By our will’s complete submission

We will ever stand and bold

In our worship, Lord most holy

Let your name be ever praised

In our work, however lowly

Your glory will be upraised

In spirit of one communion

And truth on which the Church stands

As the conscience of the nation

Guide us always by your hands.[9] 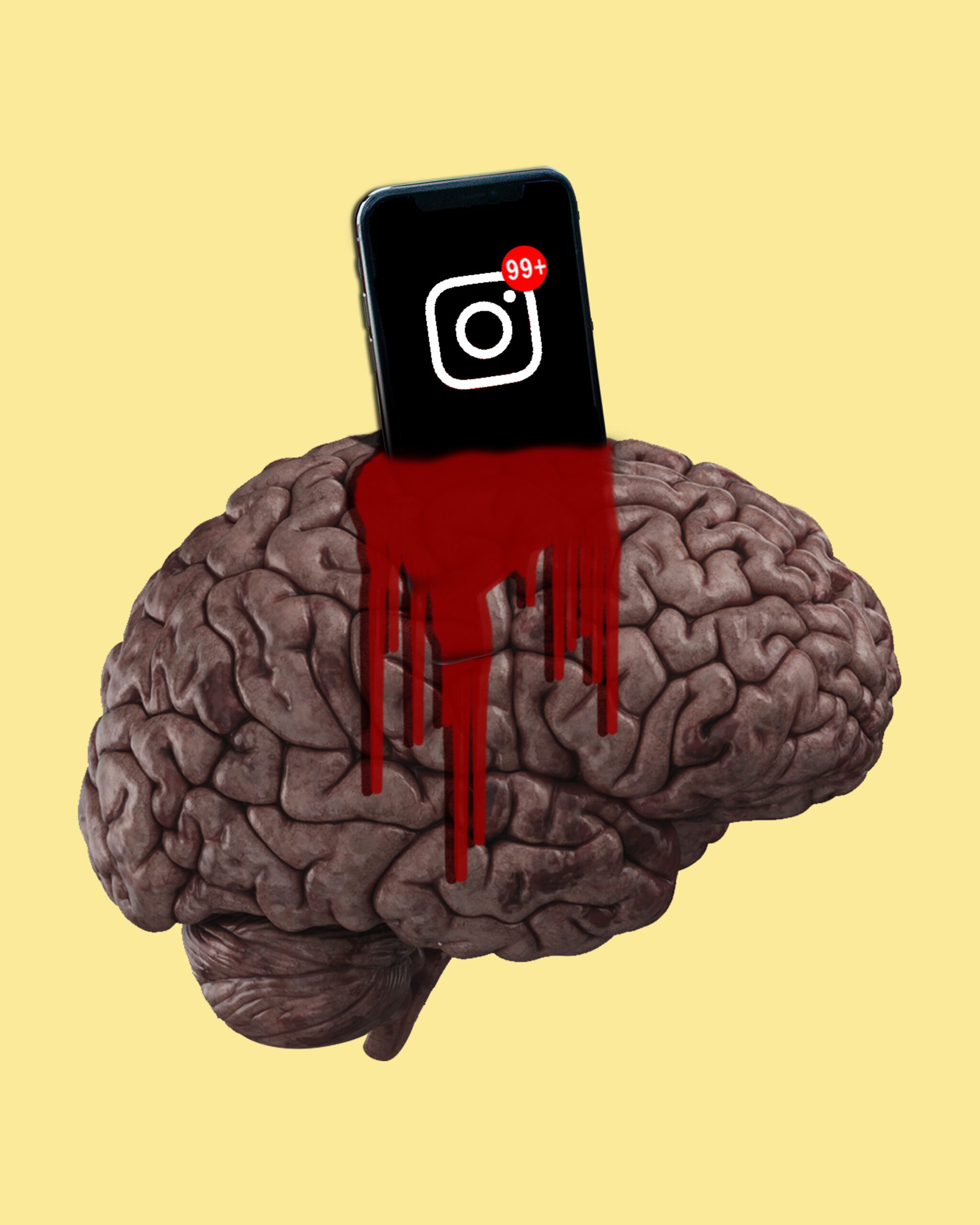 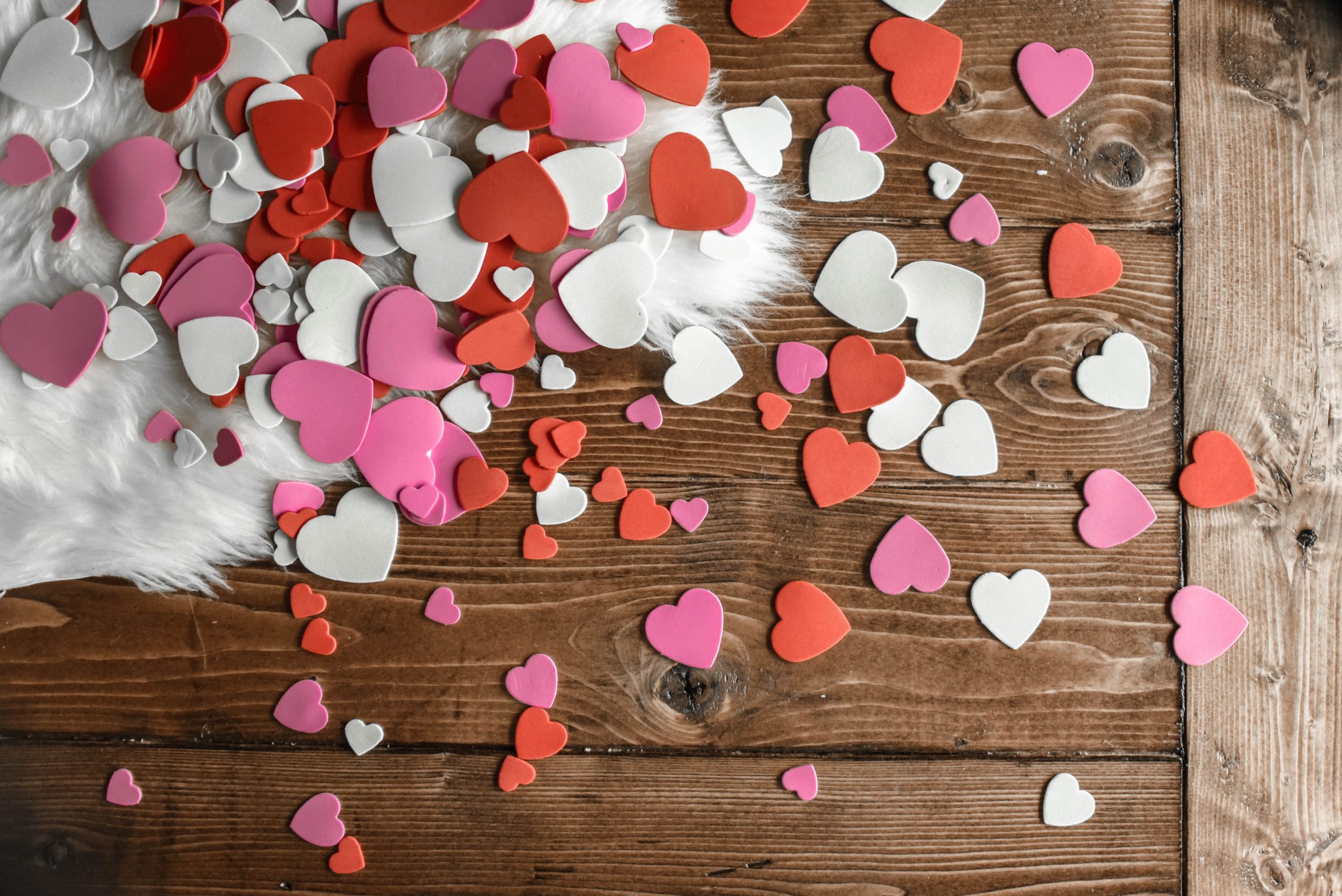 The Good, The True, The Beautiful, and The Real: Reflections on Valentine’s Day 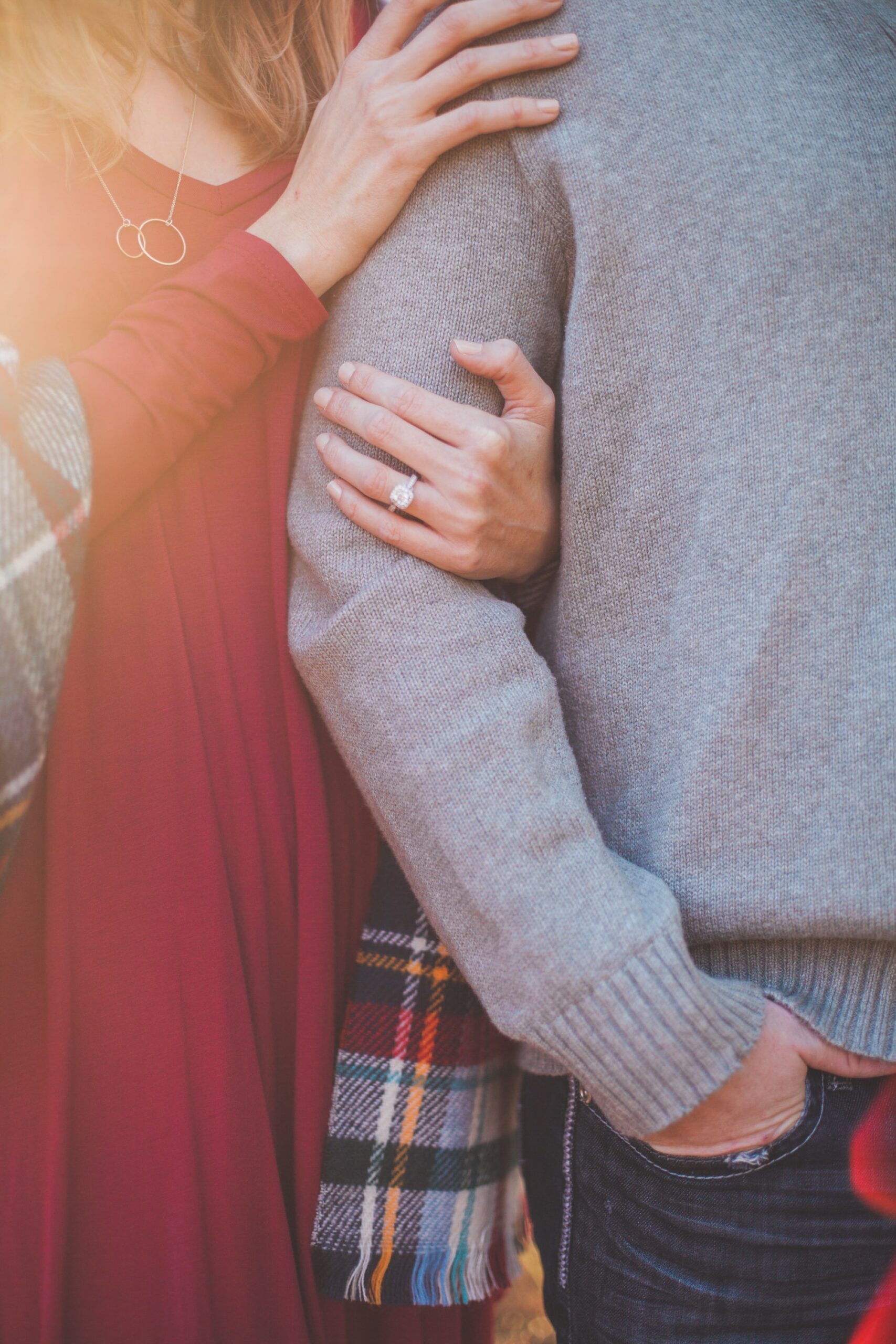